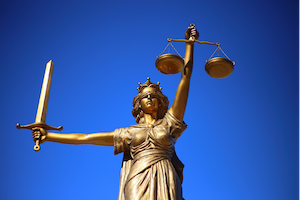 In cases in which adult men are accused of sexual abuse of children, some type of assessment is often implemented in order to measure sexual interest. This can be a huge benefit to those who are falsely accused of child sexual abuse. However, not all assessments are equally as accurate.

There are three common methods for assessing sexual interest in minors. Understanding how these three methods work is crucial to making the decision to participate in an assessment after an accusation occurs. Sometimes an assessment can be used in the legal system to determine the legitimacy of accusations.

One review of the methods explored the significance of voluntarily undergoing the three assessments-- the penile plethysmograph, the Abel Assessment for Sexual Interest, and the MS-II. (See Dean Tong. The Penile Plethysmograph, Abel Assessment for Sexual Interest, and MSI-II: Are They Speaking the Same Language?, The American Journal of Family Therapy, 35:3, 187-202, 2007.)

“The assessment of sexual arousal, sexual interest, and cognitive distortion patterns in men accused of child molestation are significant elements in the detection and treatment of child sexual abuse perpetration,” says Tong, “The present within-subject, validation research study lends further credibility to the use of the Abel Assessment for Sexual Interest and Multiphasic Sex Inventory-II as possible re-placement measures for the more controversial phallometric procedure—the Penile Plethysmograph.”

But what exactly makes the penile plethysmograph so controversial, and why are the latter two assessments a better choice? To start, it’s important to understand the differences between these three assessments.

The penile plethysmograph can be implemented voluntarily by men who have been falsely accused of sexual abuse of a minor. Traditionally, the procedure is used to measure the level of sexual arousal of sex offenders, though it is disputed as to whether or not this invasive assessment is as accurate as it seems. In 1998, a review of scientific reports apparently found that only 32% of penile plethysmographs were accurate. [Source]

2. The Abel Assessment for Sexual Interest

This particular test is used in the United States to prosecute sex offenders. It’s not as controversial as the penile plethysmograph, but some experts are unsure if the speculative nature of the test is accurate enough to be used in the legal system. [Source]

The Abel Assessment works by showing a subject a variety of slides in dual processes. The first process measures the slide’s total viewing time, thus determining the reaction of the subject. If the subject views the slide for a longer amount of time that the average person, then they could be exhibiting sexual interest in the image on the slide. The second process involves having the subject rate the images on the slides on a scale of 1 (disgusting) to 7 (sexually exciting.)

The Multiphasic Sex Inventory-II or Molinder is a test that measures the sexual characteristics of adults that are accused of sexual offenses. This test is used to determine sexual deviancy in accused subjects as well as the progress of recovery in sexual offenders over time. The test can be used for adult men and women as well as adolescent men and women.

The test using psychometrics in the form of a pen and paper test with 560 true or false questions. The test takes around an hour and a half to complete and is suitable for subjects with a 7th-grade reading level or higher. Questions for this assessment typically involve subjects like emotions, violence, voyeurism, harassment, body image, gender identity, family, and more. The results of the test are exclusively determined by Nichols & Molinder Assessments, Inc. and are often compared to the results of known child molesters or sexual offenders. The MSI-II is considered to be the most unevasive sexual interest assessment of the three, due to it being strictly a written test.

The penile plethysmograph is a very controversial procedure. According to study findings, it’s clear that the Abel Assessment for Sexual Interest and Multiphasic Sex Inventory-II are somewhat better assessments to engage in when accused of sexual abuse of a minor.