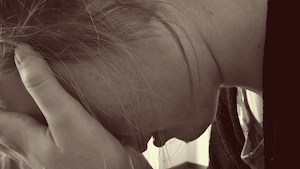 Blunt force trauma is an extremely common and possibly deadly result of child abuse. Trauma is the foremost cause of mortality in American citizens between the ages of one and fifty-five years and results in over 100,000 deaths every year. Blunt force trauma, in particular, accounts for a significant portion of mortality and can be defined as a physical injury that is caused by forceful and possibly violent impact on the human body. Blunt force trauma occurs from auto accidents, car crashes, falls, violent assaults, or specific sporting accidents. [Source]

Blunt force traumatic injuries were the subject of a 2011 article by a forensic pathologist and neuropathologist that provided an in-depth overview of the visually minor appearances of blunt force trauma that sometimes appears on victims of child abuse but go unnoticed or are misdiagnosed in many cases. We’ll be reviewing that paper here. The article is: William A. Cox. Pathology of Blunt Force Traumatic Injury. May 25, 2011.

“The appearance of blunt force traumatic injuries is determined by the physical characteristics of a moving object, which has an impact on the victim or the nature of the surface, which the moving victim strikes,” the article reads.

When a person is struck by a moving object, the injury that occurs is partially derived from the object’s ability to remove tissue or displace it in the direction the object is going. In that same vein, when a person is placed in a state of motion and strikes an unmoving object, the injury that occurs depends on the object’s ability to stop the motion. This involves many different variables, to the size and strength of the victim, the strength of the assailant, and the object that is used to inflict violence. Many signs of blunt force trauma in children are not directly visible.

There are a number of forms of blunt force traumatic injuries:

Blunt force trauma can occur in any area of the body. Blunt abdominal trauma, blunt thoracic trauma, blunt cranial trauma (including traumatic brain injuries), blunt pelvic trauma, and blunt trauma to the extremities are common forms of blunt force traumatic injuries. Most blunt abdominal trauma occurs in athletes such as football players, while blunt pelvic trauma mostly occurs as a result of an auto accident or collision. Any type of blunt force trauma can occur as a result of child abuse.

Secondary Effects of a Traumatic Injury

The most common secondary effect of a traumatic injury is the movement or escape of blood from injured vessels. This blood loss can result in hypovolemic shock or possibly internal/external bleeding. Children who are malnourished or chronically ill can have a high risk for bacterial infection as a result of external bleeding. While blunt force traumatic injuries may result in very little blood loss, the compression of the area where the injury occurred can have serious repercussions, especially in the event of a cranial injury.

General Adaptation Syndrome refers to the systemic changes a body makes in response to stressors, such as blunt for trauma. “The autonomic nervous system gives-rise to the immediate response to stress referred to as the fight-or-flight response.” So the nervous system is stimulated in such a way that results in “cardiovascular, respiratory, gastrointestinal, renal and endocrine changes.” Among these changes are an increase in adrenaline.

General Adaptation Syndrome consists of three stages: alarm, resistance, and exhaustion. The state of alarm causes stress. “When stress enhances function, whether that be physical or mental…it is referred to as eustress.” When stress is not resolved by adapting to it, it is referred to as “distress, which may lead to anxiety or depressive behavior.” If the stressor persists, the body may experience resistance. Ultimately, if the body is unable to continuously adapt to the stressor, it gives way to the third stage, i.e., exhaustion, when “the body’s resources are eventually depleted and is no longer able to function normally, resulting in various forms of cardiovascular, renal and immune dysfunction.”

The first reaction to blunt force trauma is the dilation of capillaries and a reduction in blood flow. The second reaction is cicatrization, or scar formation, which occurs a few weeks after the repair tissue around the injury have begun to decrease. Depending on the abrasion or laceration, scarring can take several weeks to complete or longer. Dermal appendages such as sweat glands and hair do not regrow. This can make finding evidence of past blunt force trauma somewhat easier if it has been weeks since the injury occurred.