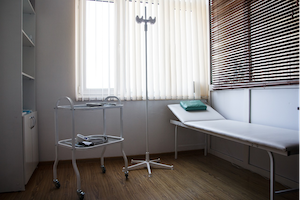 There are so many factors that could have a positive or negative effect on a child’s testimony. In general, outside factors can affect how accurately a person recalls a traumatic event, even as adults. For children, the three major influencers are cognitive, social, and biological factors. (See Stephen J. Ceci and Maggie Bruck. Suggestibility of the Child Witness: A Historical Review and Synthesis. Psychological Bulletin. 1993. Vol. 113, No. 3, 403-439.)

How exactly do these factors work to produce false accusations from children? Are there any ways to avoid the influence of these factors to get a more truthful testimony from a child?

Cognitive abilities of children have a huge impact on their ability to be a viable witness. A child’s cognitive development impacts the child's ability to be 100% truthful as a witness. One major component is memory development. The ability to create memories begins right from birth. However, long-lasting memories that are autobiographical, that can be reported by the child as a real, experienced event, usually do not occur until around three years of age [Source]

Once developed, a child's memories can be very accurate and efficiently used for identifying culprits. But without the ability to facilitate and organize those memories with language development, children under the age of three cannot properly recall their memories.

Children need to be able to communicate facts about their experiences in order to be effective witnesses. Their ability to encode an event into a memory, recall that memory, and use language to properly describe that memory in a way that is completely truthful are all necessary.

The three primary components of cognitive factors are: memory, linguistics, and source monitoring & ability to distinguish reality from fantasy.

One major factor that can influence a child’s testimony is their suggestibility. The above-mentioned paper examined the suggestibility of child witnesses from a social position.

There are many biological variables that account for suggestibility in children. When children recall events of abuse that were highly stressful, they will, in turn, become very stressed because of the recollection. Because of this, it's important to understand that children may not give fully honest accounts because of their state of arousal or stress.

Some researchers believe that extremely high levels of stress can be debilitating and will result in less memory and great suggestibility. (Others argue that stress is unrelated to a child's ability to recall memories or be suggestible.)

Regardless, there are some biological factors that could affect a child's ability to be truthful in a legal setting, and many of those factors relate to stress. Stress can compromise judgment and ability to recall memories accurately in both children and adults. There have even been some attempts to modify rooms in legal and interviewing environments to reduce stress and enhance child witnesses' ability to tell the truth. (Source)

The cognitive, social, and biological factors that could influence child testimony should be highly scrutinized in scenarios of false accusations of child abuse.