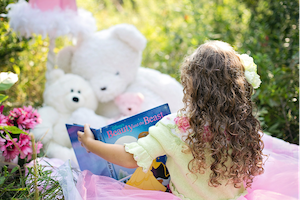 A study sought to investigate how well a preschooler could report an experienced event as well as a non-experienced, more speculative event. Their findings were interesting when it came to the subject of using suggestive techniques to change the minds of the children. (See Martine B. Powell, Carolyn H. Jones, and Claire Campbell. A Comparison of Preschoolers’ Recall of Experienced Versus Non-experienced Events across Multiple Interviews. Applied Cognitive Psychology. 17: 935-952 (2003).)

Around three and eight days later from when the activities were initially given, children were once again asked to recall all three of the activities in their own words, but highly suggestive techniques were used to encourage them.

So what are the implications of this study in the context of false accusations of child abuse from preschoolers?

When you look at the above study in the context of how children are often involved in the justice system, it begins to make a lot of sense why false accusations from preschoolers exist.

It’s not necessarily an issue of deliberate lying. Rather, preschoolers are extremely suggestible at that stage of life. One great example of this is the McMartin Preschool Trial.

The McMartin preschool trial was a sexual abuse case that took place in the 1980s in Los Angeles. The McMartin family, who operated the preschool, were charged with multiple sexual abuse charges, but all charges were dropped seven years later. The case is famous for being an example of day-care sex-abuse hysteria as well as interviewing tactics that lead child witnesses to accuse adults of sexual abuse that never took place.

Some of the questions and statements the interviewers presented the children in the McMartin case included:

In the aforementioned study, the preschoolers interviewed began to have difficulty recalling experienced and not experienced memories, blending the two together until they were quite similar. They were able to do this because of the leading questions and behavior of the interviewers. Similarly, the children who were interviewed in the McMartin case likely had difficulty deciphering what was speculation incited by the interviewers or an actual experienced event.

Because of this, it’s extremely difficult to ensure that a child abuse allegation from a preschooler is legitimate. Extreme caution must be taken during interviews to ensure that the child isn’t being led and eventually fuse their experienced and not experienced memories together.