Effects of Depression on Sexual Activity Among Young Adult Women 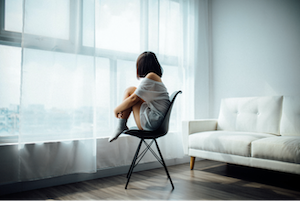 Depression is one of the 10 leading diseases in the world and it disproportionately affects women more than men. More than that, it can often lead a woman to engage in risky sexual behavior that could cause health problems down the line. (See S.L. Averett & Y. Wang. Identification of the Effect of Depression on Risky Sexual Behavior: Exploiting a Natural Experiment. 2011.)

Hormonal changes can trigger depression in women. The following could increase a woman's risk of depression:

A study published in the Journal of Abnormal Psychology suggested that teenagers who engage in casual sex are more likely to suffer from depression compared to their peers.

Because sex is an activity that provides pleasure, it makes sense that young adult women and teens that struggle with depression would seek to engage in a pleasurable activity that gives them temporary relief from their depression. According to Psychology Today, it's a form of self-medication.

A large number of studies have linked depression and risky sexual behavior for both males and females of all ages. Young adult women in the studies were associated with having a sexually transmitted disease (STD), while their male counterparts were associated with being less likely to wear a condom.

Risky sexual behavior, such as failing to use a protection during sex, is also more likely among depressed young women, even though research has shown that oral sex contact, including oral-to-oral and oral-to-genital contact can spread Human Papilloma Virus (HPV).

Some of the symptoms of depression in young adult women include:

Factors That Could Increase the Risk of Depression in Women

Some of the factors that could increase the risk of depression in young adult women, according to the National Institutes of Health, include genetic, reproductive, or other biological factors, some psychological and personality characteristics, and interpersonal factors.

Women with a poor self-image are likely more prone to such behavior.

Untreated depression can lead to risky sexual behavior that results in an untreatable STD or disease, such as HIV, HPV, herpes. Oftentimes, these consequences can be life threatening and lead to things like ectopic pregnancy or cervical cancer.

For example, infections resulting from gonorrhea can lead to Pelvic Inflammatory Disease (PID) or facilitate the transmission of HIV. Untreated chlamydia can lead to PID as well and can cause infertility.

It's clear that there's a direct correlation between depression and sexual activity among young adult women in the U.S. Women are more likely to be affected by depression than men and cause impaired cognitive function and memory, reduced impulse control, reduced motivation, and increased emotional reactivity in peer relationships.

In the paper cited above, the authors conclude, “Our findings indicate that an elevated depressed mood is significantly associated with having sex and with three risky sexual behaviors that are relatively common among young women…[and] it does appear that women with a poor self-image are also prone to these types of behaviors.”