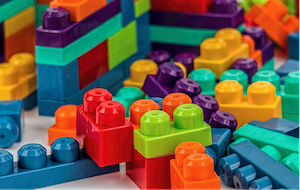 A couple of researchers sought to understand why preschool children are extremely vulnerable to suggestive influences through a variety of studies that were available at the time. The results were interesting, the say the least. (See Maggie Bruck, Stephen J. Ceci. The Suggestibility of Children’s Memory. Annu. Rev. Psychol. 1999. 50:419-439.)

According to the paper, preschool children are substantially more vulnerable to different suggestive influences and will sometimes succumb to suggestions about bodily touching, emotional events, and participatory events.

Before the 1980s, much of the research on suggestibility would involve misleading questions about an experienced or viewed event. A relatively consistent finding for this research was that young children were substantially more likely to be suggestible than older children. [Source] However, the above research essay found that this literature had less value when it came to understanding issues of reliability and suggestibility of preschool children who were allegedly sexually abused or witnessed some other type of crime.

“It was unclear whether the available studies that used older children could be extrapolated downward,” the research paper reads, “Second, the children in the older studies were questioned about neutral events that had little personal salience (e.g. the color of a man’s beard). It was unclear whether child victims of highly personal events would behave similarly. And third, the questioning of the children in the earlier studies seemed to bear little, if any, similarity to the conditions under which children are questioned in actual cases.”

Since that time period there have been substantial changes in the direction of research into this area. To begin with, preschool children are now included in more research studies on suggestibility. Secondly, such studies are now designed to look at a child’s suggestibility about events that were personally experienced and involve touching or insinuations of abuse. Lastly, the suggestive techniques used in this research is broader than the more traditional practice of asking misleading questions or purposefully engaging in suggestive behaviors. Now, interviews typically involve interviewing devices that have been adapted from therapy and forensic interviewing techniques.

The paper reviews different aspects of an interview that are indicative of a suggestive (and thus problematic) child interview in the context of a child abuse investigation or allegation of child abuse. These various aspects include interview bias, specific versus open-ended questions, repeating misinformation, emotional atmospherics, stereotype induction, anatomically detailed dolls, thinking about and imagining, subtle suggestive influences, and multiple suggestive techniques.

This, naturally, could result in a substantial amount of false child abuse cases or false testimony from a child. Because preschoolers are highly suggestible, it wouldn’t take much for a biased interviewer to coerce an allegation. According to one particular study (CJ Ceci, 1997), very young preschool children that were aged around three or four years of age were substantially more vulnerable to suggestions from interviewers when compared to older preschool children between five and six years. [Source] To put it simply, very young preschoolers are extremely suggestible, especially if the interviewer has any inkling to opt for biased or misleading questions or behavior.

It used to be thought that false reports from children are easily detected because the children would simply be parroting the words of their interrogators. The evidence shows that is not the case though. In fact, the researchers have found that “when children are suggestively interviewed, their subsequent narratives include false reports that were not suggested to them, but that are consistent with the suggestions.”

Furthermore, even when a child gives a false report they “appear highly credible to trains professionals in the fields of child development, mental health, and forensics; these professionals cannot reliably discriminate between children whose reports are accurate from those whose reports are inaccurate as the result of suggestive interviewing techniques.”

Lastly, it is commonly thought that false reports from children tend to be less detailed. Conversely, the more detailed a child is, the more likely the story is to be true. However, studies have shown that when children were “repeatedly and suggestively interviewed about true and false events, the children’s narratives of the false events became more embellished and detailed, so that by the third interview, it was impossible to differentiate the true from the false narratives.”