The Effect of Leading Questions in Child Abuse Interviews 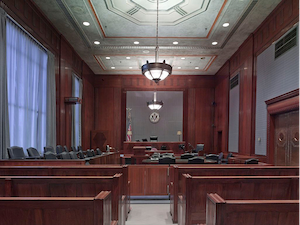 “Forty-one children (3 to 7 years) were exposed to a staged event and later interviewed by 1 of 41 professional interviewers,“ reads the summary of the study, “All interviews were coded with a detailed, mutually exclusive, and exhaustive coding scheme capturing adult behaviors (leading questions vs. neutral) and child behaviors (acquiescence vs. denial) in a temporally organized manner. Overall, interviewers’ use of leading questions did not result in increased acquiescence as previously found. However, one specific type of leading question (i.e., inaccurate misleading) was followed by acquiescence.”

The study raises quite a few questions, such as: Is the current concept that suggestibility is driven by the behavior or influence of adults actually true? Can the behavior of children lead interviewers to ask leading questions about an event, in turn leading to a false child testimony?

Can Children’s Behavior Lead to Interviewer Responses, and Thus to False Testimonies?

First, the researchers found that in unstructured field interviews, leading questions by the interviewer were actually likely to be followed by a denial by the child, not acquiescence. This is the opposite of what many or most studies find. (On the other hand, the study also found that when the interviewer posed new misleading questions, the child’s response included new inaccurate acquiescence. This is the typical result you would expect to see.)

Second, the researchers also found that children who were denying that certain events occurred were much more likely to be asked suggestive questions by the interviewers than was child acquiescence.

It was a fascinating idea, but also one that was deeply concerning. The interviewers who participated in the study were professionals, not unlike the interviewers found on forensic teams. The idea that interviewers are more likely to use leading questions in an interview with children who were unresponsive or denying an allegation was a link that had not really been tested before but had certainly been speculated about. It has indeed been known that interviewers might use leading questions or statements to obtain coerced confessions from uncooperative children.

The real question is why are interviewers using leading questions with children that are already giving answers? While the study’s interviewers did not contain the kind of coercive behavior one would find in criminal investigations seen on television or Hollywood blockbuster movies, the study did find that interviewers almost always followed up a denial from a child with a leading question.

Third, the researchers found that a child who makes an initial denial is likely to make a subsequent denial, regardless of what kind of question the interviewer might ask between the child’s two denials. The study reads, “This was a startling result because it appears to suggest that child behavior is not affected by interviewer behavior at all.”

It’s unclear why this was the case. It’s possible that the children perceived that the interviewers continued to ask leading questions, and the children stubbornly decided to respond by simply denying everything.

The researchers are quick to point out the limitations of their study and some potential reasons why their results vary from other studies’ results. They also note that their results “should not be construed to refute the traditional notions about the direct causal influence of suggestive utterances by interviewers.”

There are many researchers that have studied the affects of interviewer questions on children’s responses in child forensic interviews. This is just one of many. Given how many there are, it’s unsurprising that different studies might find some varying results. People just aren’t that uniform.