The Misinformation Effect: A Leading Cause of False Child Eyewitness Reports 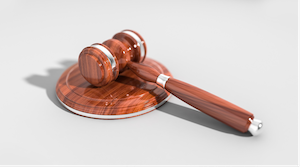 The Misinformation Effect is something that affects virtually everyone, not just children. However, this phenomenon can absolutely affect children with more severely. This can be very dangerous, especially in the case of a false eyewitness report from a child. Human memories are already prone to error, but on top of that people, especially children, can be very easily misled.

But what is Misinformation Effect and is it really so bad?

Unfortunately, this phenomenon absolutely influences child eyewitness reports to include false information when the child receives misinformation prior to child making a report.

What is the Misinformation Effect?

The misinformation effect is a phenomenon in which post-event information has a tendency to interfere or affect the memory of the actual event that took place. Many researchers have studied this phenomenon to test just how easily-manipulated human memories can be after an event, and many results have shown that introducing just a tiny bit of information after an event can have a serious effect on how people remember the original event. The Misinformation Effect is responsible for inaccurate memories, false memories, and incorrect eyewitness reports from both children and adults. [Source]

Elizabeth Loftus was one psychologist who studied the Misinformation Effect in its entirety. Her studies on eyewitness suggestibility in the 1970s proved that not only do suggestive forensic interview practices cause a serious amount of inaccuracies in eyewitness testimony, but the nature of human memory is also very fragile and easily influenced after an event has occurred. (See M. Zaragoza, R. Belli & K. Payment. Misinformation Effects and the Suggestibility of Eyewitness Memory. Chapter 4. Garry Hayne.)

Not surprisingly, many of the misled participants had inaccurate memories of the event they witnessed and included in their report of the incident some of the false information that was suggested to them by their interviewer after the fact.

How Does the Misinformation Effect Influence Child Eyewitness Reports?

In a 2003 study conducted by researcher Robyn E. Holliday, the effect of a prior cognitive interview was tested when it came to children’s acceptance of false information.

The differences in age also yielded some interesting information. Reports from nine- and ten-year-olds were substantially more accurate and thorough than reports from the four- and five-year-olds. During the cognitive interview, more accurate details were reported about the correct person, object, and action. The Misinformation Effect was found in both age groups when it came to the standard test, while the modified test only showed misinformation for the four- and five-year-olds. The children were relatively unaffected by the prior interview.

So what leads children to so easily experience the Misinformation Effect? There are a variety of factors that could result in a child giving false testimony or recalling details of a witnessed event differently. The suggestions of the interviewers and investigators is one such factor. Using leading language, offering positive or negative reinforcement, and biological factors like stress all play a part when it comes to the suggestibility of children.

Many studies like the one sourced above have come to the conclusion that very young children, particularly children who are preschool age or younger, can be very easily influenced through misinformation. This is why it is vital to ensure that all interviews a child undergoes after accusing an adult of child abuse or an eyewitness report should be recorded and heavily scrutinized for leading questions.