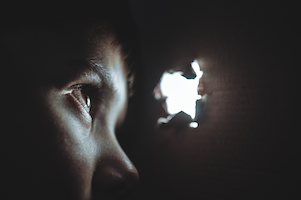 The SIRR model of forensic interviewing is often used in cases of alleged child abuse to decipher whether or not a child is lying or being untruthful about an allegation of abuse. However, this form of interviewing and its components can be quite problematic. This is because in cases of "supportive" or reinforcing remarks by the interviewer, some children may be quietly encouraged state certain things even if the thing stated is incorrect or the abuse never actually occurred. It all comes down to how easy it is to elicit false information from a child-- and how the SIRR Model has not evolved properly to ensure that certain reinforcing remarks are avoided, however subtle they may be.

What is the SIRR Model of Forensic Interviewing?

“Child interviewing techniques derived from transcripts of the McMartin Preschool case were found to be substantially more effective than simple suggestive questions at inducing preschool children to make false allegations against a classroom visitor,” reads the abstract, “Thirty-six children interviewed with McMartin techniques made 58% accusations, compared with 17% for 30 children interviewed with suggestive questions. Social influence and reinforcement appeared to be more powerful determinants of children's answers than simple suggestive questions. The SIRR model is proposed to explain how false statements may be elicited from children or adults.” [Source]

The SIRR model involves a number of techniques or “components” that play into discovering whether or not a child is not telling the truth about an abuse accusation. The model uses typical indicators of dishonesty or leading, such as suggestive questions, but primarily focuses on the influence of social circles and interviewers.

The Components of the SIRR Model

The components of the SIRR model include Suggestive questions, social Influence, Reinforcement, and Removal from direct experience.

However, there’s also the issue of social influence. Social influence can potentially have a negative effect on honest answers from children. Telling a child about statements other people made, particularly other children, induced social conformity. Social influence can also take the form of intimidation, sharing the interviewers’ point of view, etc.

Then there’s the component of removal from direct experience. False statements from children are substantially more likely when they are asked speculative questions that may lead to answers that do not reflect a personal observation. Children, depending on age, may also have difficulty keeping track of what actually happened to them or what they have speculated because of the interviewers’ questions.

Reinforcement is likely the most problematic of the components. Promising a reward or punishment can negatively affect the reports of children. But the SIRR model does not explore how simple supportive remarks by interviewers can elicit false information from a child.

For example, the reinforcement component of the SIRR model states that giving out foods or stickers or not allowing a child to go home until they have “admitted” what had happened would be considered examples of positive and negative reinforcement. However, in many cases, there is also the reinforcement issue of tone. When dealing with a potential case of child abuse, interviewers may take on an extremely supportive tone in which they constantly reassure the child that they can be honest. In order to continue to receive such pleasant treatment from the interviewer, children may say something incorrect to please, and receive praise from, the interviewer.

Previous researchers identified six interviewing techniques from the McMartin Preschool Case. They are, according to the paper cited above:

If the child who accused you of abuse was subject to any of these manipulations, you will want to bring it up in your CACI grievance hearing.

While the SIRR model has some use cases for determining if an accusation of sexual abuse of a child is false, the reinforcement aspect of the model is highly problematic or truth-finding. While the SIRR model is certainly not the last word when it comes to dangerous interviewing, it does provide a useful organizational framework for understanding what can lead to a false accusation from a child.